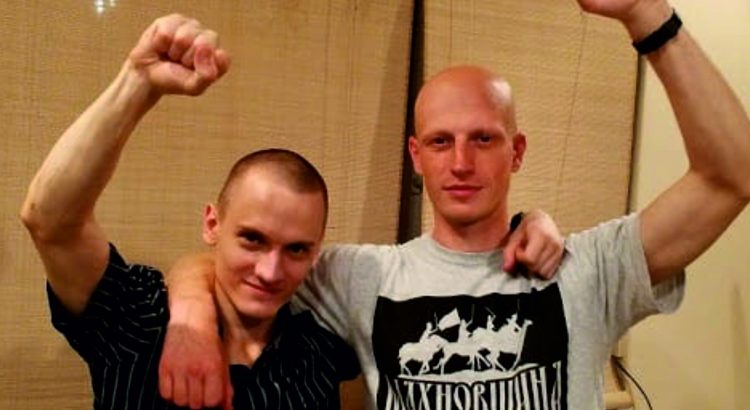 On October 22, 2020 the building of State Committee of Forensic Examination was attacked and cars were set on fire at the parking of prosecutor’s office in the town of Soligorsk. On the night of October 28, the building of traffic police department of Mozyr district was set on fire. Soon anarchists Ihar Alinevich, Dzmitry Dubovsky, Dzmitry Rezanovich and Sergey Romanov were detained near the Belarusian-Ukrainian border.
The activists are accused of terrorist activity and illegal trafficking in weapons and explosives. At present, everyone is in the KGB jail in Minsk.

Anarchist and blogger Mikalai Dziadok was detained late in the evening of November 11 in a safe house near Minsk. After his arrest Dziadok was tortured for several hours and forced to give passwords to the encrypted equipment. The investigation believes that Dziadok repeatedly called for illegal actions on his Internet pages, including participation in protests and resistance to the cops. Dziadok himself was forced to go underground even before the revolution because of the threat of political persecution.

It’s not the first time these comrades are in jail. Mikalai Dziadok and Ihar Alinevich were convicted in 2011 for a series of direct actions and each wrote a book about their prison experience. The books were translated into several languages. You can buy a copy and Black Mosquito Mailorder and all the proceeds will go to support these the authors.