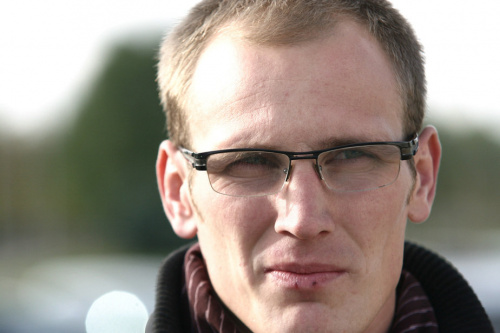 Svyatoslav Baranovich is an active resident of Minsk who was detained on October 2, 2017 on suspicion of using violence against a policeman. On March 15, 2017 a group of anarchists joined the march against the tax on unemployment. At the end of the demonstration, plain-cloth police tried to detain a few activists when the bloc was hopping to get on a trolley-bus. Ordinary people who stood nearby started pushing with cops trying to not let them make arrests. Svyatoslav Baranovich was one of them and punched a cop. The cops’ attack was successfully repelled, but a few stops later all anarchists were detained in the same trolley. You might have heard of the story of violent detentions and arrests of 15 days for all activists.

Svyatoslav admitted his guilt and said he knew he was attacking a policeman, though the latter hadn’t been wearing any uniform. On March 12, 2018 Svyatoslav was sentenced to 3 years of prison.

It’s also known that he has been participating in the protests against elections in 2010, where he got into a fight with SWAT officers who were attacking protesters. He received 3 years of house arrest for that because at that point Belarus was put under sanctions and Lukashenko had to set free many politicals or change the punishment to a milder one.

We are calling you to support this consistent antipolice fighter who got in trouble showing solidarity with anarchists. We don’t know anything about his politics, but this is enough for us to support him.

On February 17, 2019, he was transferred to prison for numerous violations of service conditions.