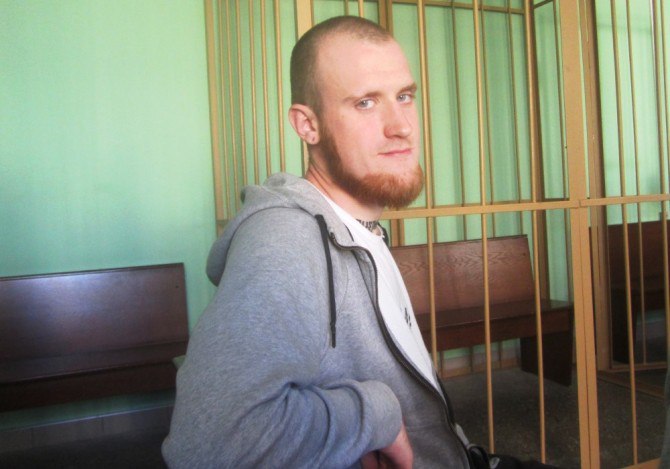 Makim Jahnieshka is an antifascist from Grodno. On September 7, 2016 he was sentenced to 3 years of custodial restraint for a fight with right-wing hooligans (art. 186 Threat of homicide, malicious bodily harm or property destruction) and for robbing another hooligan of his hat (art. 206.2 Robbery with threat of violence + art. 339.1 Hooliganism).

It all started on April 1, 2015, when Maksim got beaten up by a right-wing gang so hard, that he had to call the ambulance. Doctors saw multiple bodily injuries and called cops. Cops wanted to start a case on the account, trying to make Maksim make a statement against the perpetrators, but when he refused, they found the hooligans using surveillance cameras and made then accuse Maksim of other conflicts that happened before. Maksim changed his status from a victim to the accused.

At the beginning of December 2017 a special commission in the correctional institution ruled to put Maksim under house arrest for the remaining part of his sentence, because he didn’t have any rules’ violations over the last year.