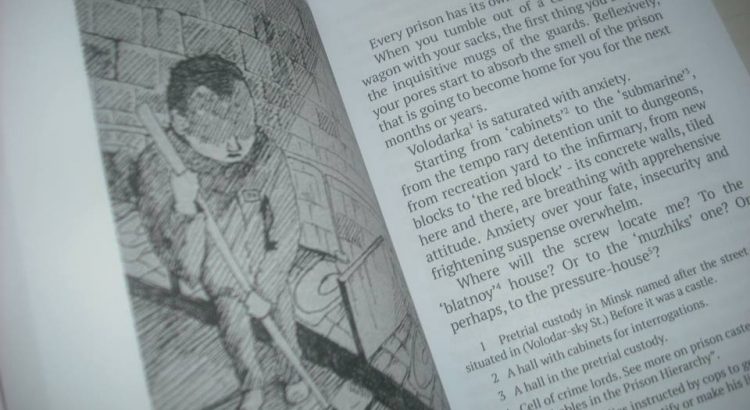 The Colours of the Parallel World is a book by a former anarchist prisoner Mikalai Dziadok which is now available in English.

Mikola Dziadok is an activist of Belarusian anarchist movement. He was sentenced to 4,5 years in prison for organization of illegal protest and symbolic direct actions against state buildings. He was released in August 2015 after serving 5 years in different prisons (he wasn’t released after 4,5 years and got 1 more year) in Belarus. This book is collection of his texts that he wrote mostly after release about his experience inside the prison. It is people’s history of modern Belarusian penitentiary system with all dark spots.