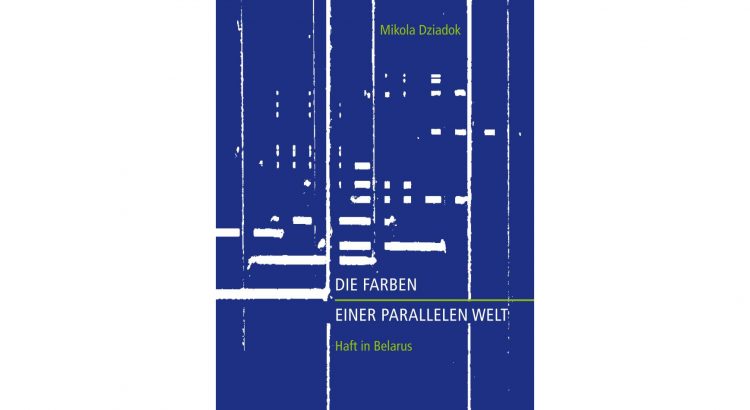 On 2 December Gayane Akhtiyan, mother of an anarchist Roman Khalilov, became a suspect in a criminal case. The proceedings were instituted upon art. 342 (part 1) of the Criminal Code (organisation and preparation of activities grossly violating the public order, or active participation in them). Previously, on 26 November, the apartment of Gayane Akhtiyan in Polack was searched, she was detained and initially arrested for 10 days for ‘insubordination to police’. On 2 December she was transferred from Polack to Minsk, and on 12 December her status changed from a suspect to an accused, and detention prolonged as an arrest. This case is a precedental one, an example of pressure on activists who moved abroad through their relatives who stay in Belarus. Khalilov lives in Poland, in Belarus a criminal case is open against him since 2020.

On 3 December a German translation of the book Colours of the Parallel World by Mikola Dziadok was published. In the book, Mikola narrates how Belarusian prison system tries to destroy inmate’s personality. Examples of pressure on prisoners are taken from Mikola’s previous experience as a political prisoner in 2010-2015. The book was partly written in prison, but finished after Mikola’s release.
One can buy the German translation here. The book is available for download in English. You can also support Mikola by buying his book in English.

After Mikola’s meeting with his father in mid-December, it became known that the administration of the prison in Mahiliou exerts pressure on the political prisoner through invention of alleged violations of a prison order and by not giving Mikola access to medical aid.

On 11 December anarchist Jauhien Zhurauski reported that the tax inspection is calling his mother and is demanding to provide full tax report for the past 10 years, threatening to arrest his mother’s property. Zhurauski lives abroad, and is active politically.

On 12 December it became known that in late November Mikita Yemelyanau was again placed into a punishment isolation cell, this time for 38 days altogether. He was released from the isolation cell only on 25 December.
Later it was reported that in late November a new criminal case was opened against him for “malicious insubordination to demands of penitentiary’s administration” (art. 411 of the Criminal Code). This case can lead to additional two years of sentence. Mikita does not testify in this case. During his time in prison, more than 60 reports on his ‘violations of the regime’ were compiled. Mikita insists that he was forced to ‘violate the regime’ in order to protest constant violation of his basic rights.
On 24 December, the final indictment was brought against Mikita. His case was tranferred to a prosecutor’s office, and is expected to go to court soon.

On 17 December Igor Bancer was released from the prison, as he had served all his term (1-and-a-half years of open prison, or so-called ‘chemistry’). Igor had been held in the isolation cell without a pause from 25 November until his release. Starting from August, during his time in the ‘correctional’ facility of an open type in Viciebsk, he spent more than 80 days in a punishment isolation.

On 18 December the news came that Tamaz Pipiya is under pressure. Prison administration blocks a visit of his lawyer, all his appeals are ignored. Tamaz is also denied calls to relatives and does not receive letters. It was reported that he had been beaten by warders.

On 22 December, the sentence was announced for a group of anarcho-partisans who had held a series of direct actions against the dictatorship in autumn 2020. In an attempt to isolate the activists, the trial was held in camera and only the pronouncement of the sentence was made public.
Sentences: Siarhei Ramanau – 20 years, Ihar Alinevich – 20 years, Dzmitry Rezanovich – 19 years, Dzmitry Dubousky – 18 years.
Enormous sentences for symbolic actions are an example of the dictatorship’s fear of anarchists. So far, these sentences are the longest in the history of political repression in the country.

After the sentence was announced, the convicts were given short-term meetings with relatives. Dzmitry Dubousky, during a meeting with his sister, told her that he and other anarcho-partisans had been tortured after their detention. For instance, he had been suffocated and repeatedly lost consciousness, and had suffered from other tortures. Dubousky started to testify against himself and others in order to stop tortures. In the court, Dubousky raised the issue of tortures, but to no avail. As the hearings were closed to public and lawyers were constrained by written undertakings of non-disclosure, at this stage his message had not reach the public.