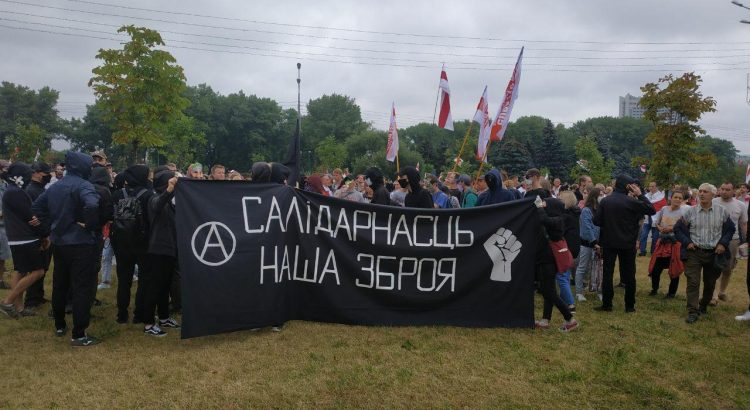 Starting from August 9, there are protests in Belarus against the incumbent president demanding his resignation and release of political prisoners. Anarchists also take part in the protests; sometimes they identify as such, in other times, they choose to participate as affinity groups to spread their ideas rather than popularize the symbols. You can follow the situation through anarchist optics at https://pramen.io/en.

Anarchist Black Cross Belarus monitors the situation with repressions against anarchists and anti-fascists on a daily basis and tries to promptly update information on the website and in out social networks. As of August 30, activists of the movement had served at least 192 days of administrative arrest, at least 50 people were detained, and two activists were charged under Article 293 of the Criminal Code (organization of mass riots). They were recognized as political prisoners by local human rights organizations.

ABC-Belarus is trying to respond to the repression with information, legal and financial support.

You can support our activities and the anarchists of Belarus in various ways – from solidarity actions and dissemination of information about the uprising, to financial support of ABC.

You can send us money in the following ways:

To support Aliaksandr Frantskevich* who is accused of organizing mass riots: