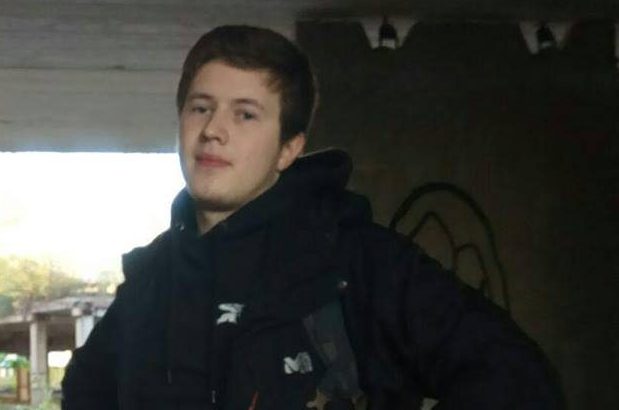 Antifascist Viktor Filinkov, accused of participation in the terrorist community, was tortured. This follows from the conclusion of the Public Monitoring Commission of St. Petersburg (body controling observance of human rights in detention facilities), which visited a young man in SIZO-3 (detention center) . The conclusion is available at the editors of OVD-Info.
Commission members recorded numerous traces of burns from a Taser in the chest area, as well as across the entire surface of the right thigh and hematoma on the right ankle. According to Filinkov, he had received these injuries on January 24 in a car (blue Volkswagen), in which he was put by FSB officers after being detained at the Pulkovo airport. From there he was taken to the police department of the Krasnogvardeysky district, and then to hospital No. 26.
From the hospital, Filinkov was taken into the forests, where masked people beat him for five hours. During the beating, FSB officers demanded from Filinkov to confess. After he agreed, they forced him to learn precise formulations. Filinkov was threatened that this beating to be “an easy version of what will happen next” if he refused. This words of the activist mentioned in the conclusion  of the Public Monitoring Commission (PMC). Masked people were saying only “Stay quiet!” and “Don’t yell!”.
Filinkov wrote explanatory notes to the Ministry of Internal Affairs (police) and the FSB, where he gave the learned “testimonies”. As stated in the commission’s document, the young man was threatened if he retract this testimony, he will be placed in a cell with  prisoners suffer from tuberculosis.
Then Filinkov was transferred to another car – Lada Priora – and delivered to the Regional Office of the Ministry of Internal Affairs. As explained by arrested activist, people in masks were well -oriented in the building, and discussed that they “need to close their face, because of video-cameras”.
After all, he was taken to search of apartment where he lived with his neighbor. The neighbor was also threatened, that “everything will be all right” if he tell “what he knows”. Filinkov has very noticeable red handcuff marks on his hands, stated in the conclusion of the PMC members.
Blood was wiped off from the beaten activist with snow and his hat, that remained with the young man. Members of the PMC printed blood traces from the hat on the interview notes.

You can write letters to Viktor:

If you want to support him financially, use