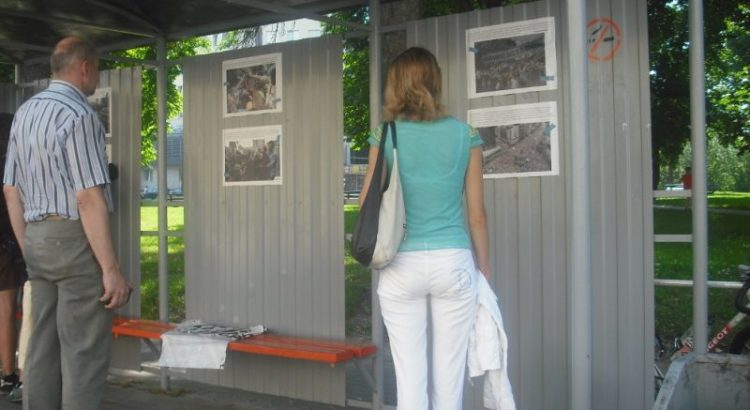 “On August 2 anarchist from Minsk organised a solidarity action with the people of Venezuela fighting against Maduro’s regime. Around 10 am
activists postered a bus stop that is situated at Simon Bolivar Square.
The posters inform about the uprising in Venezuela and call people of
Belarus to follow the heroic actions of the fighters. 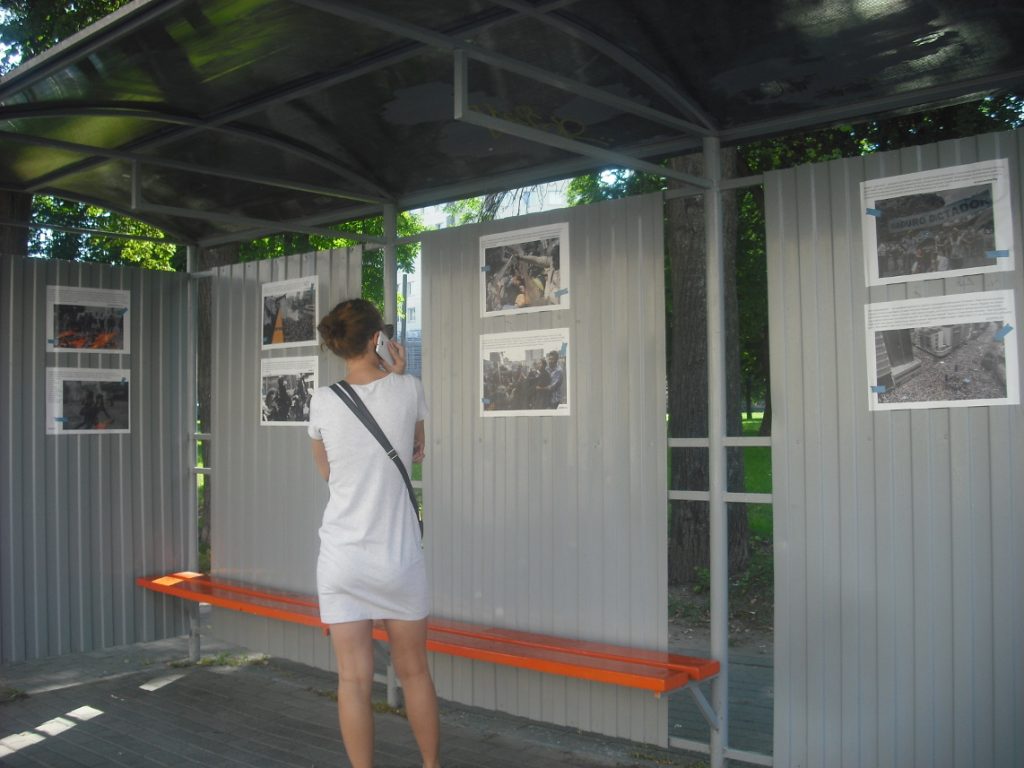 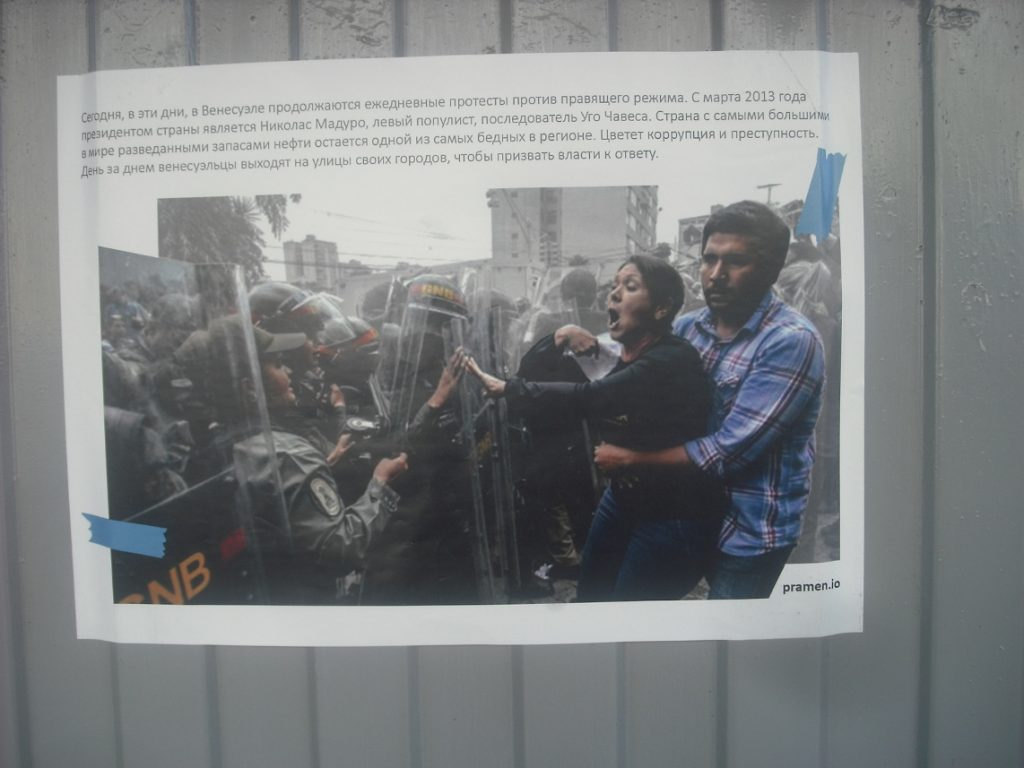 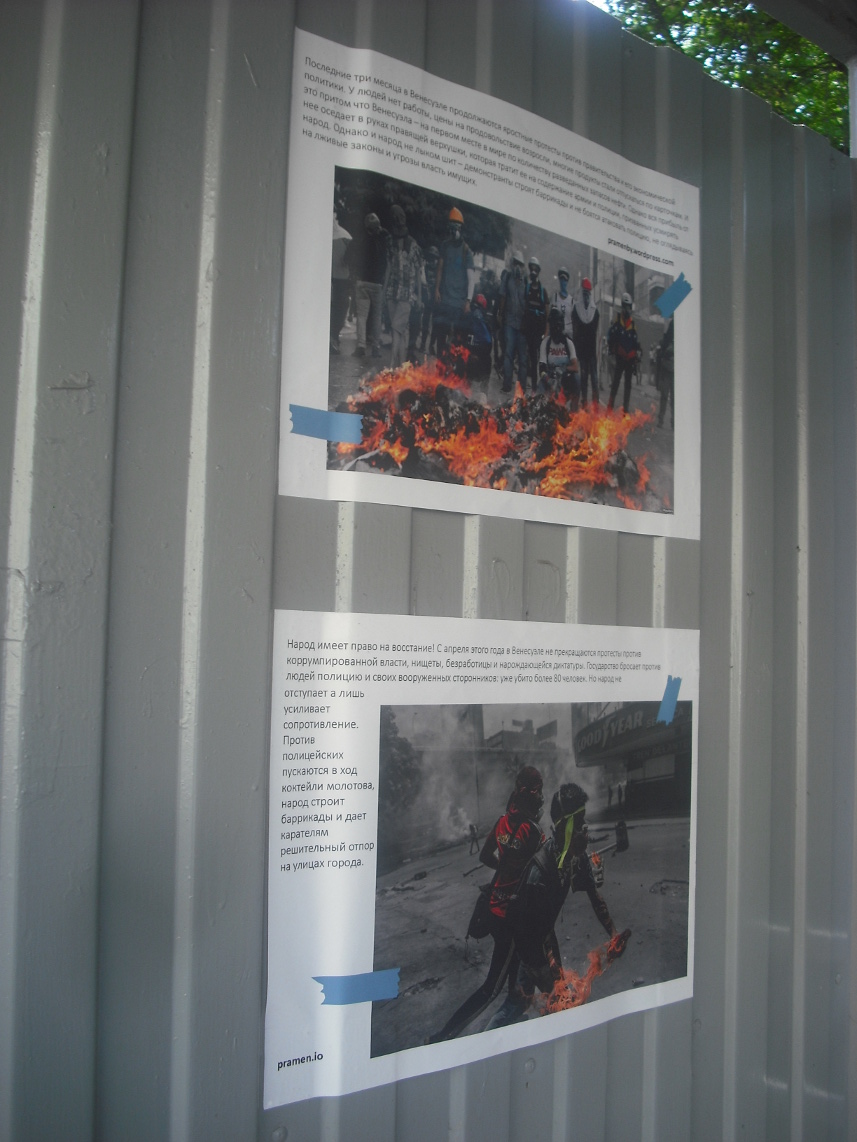 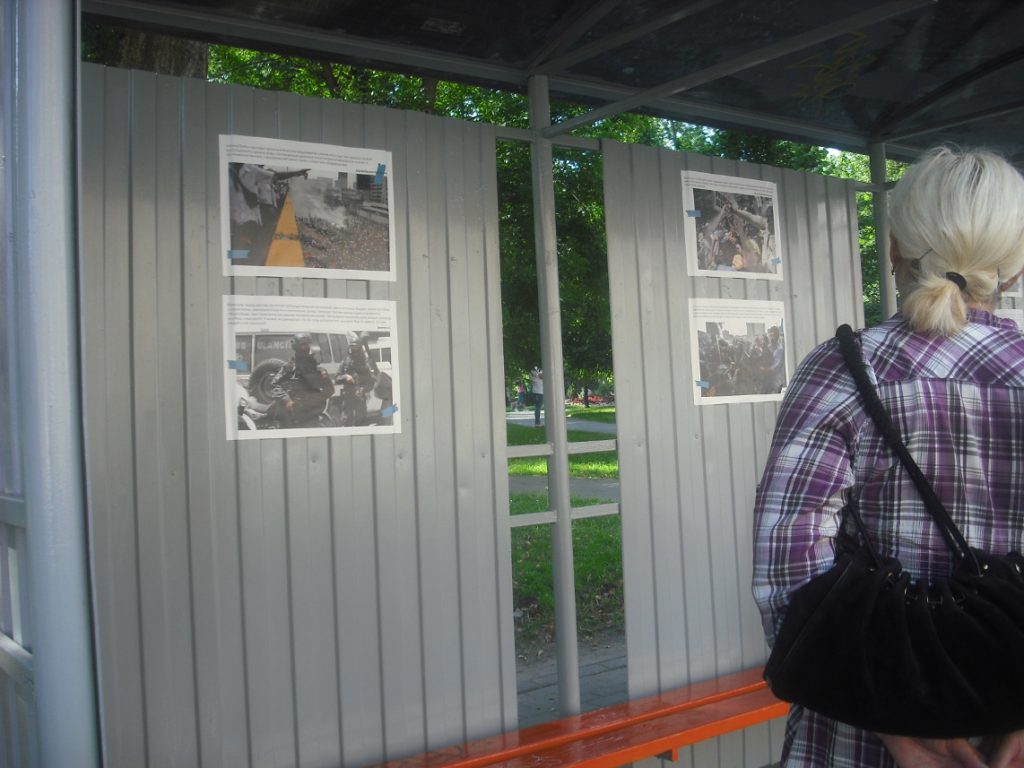 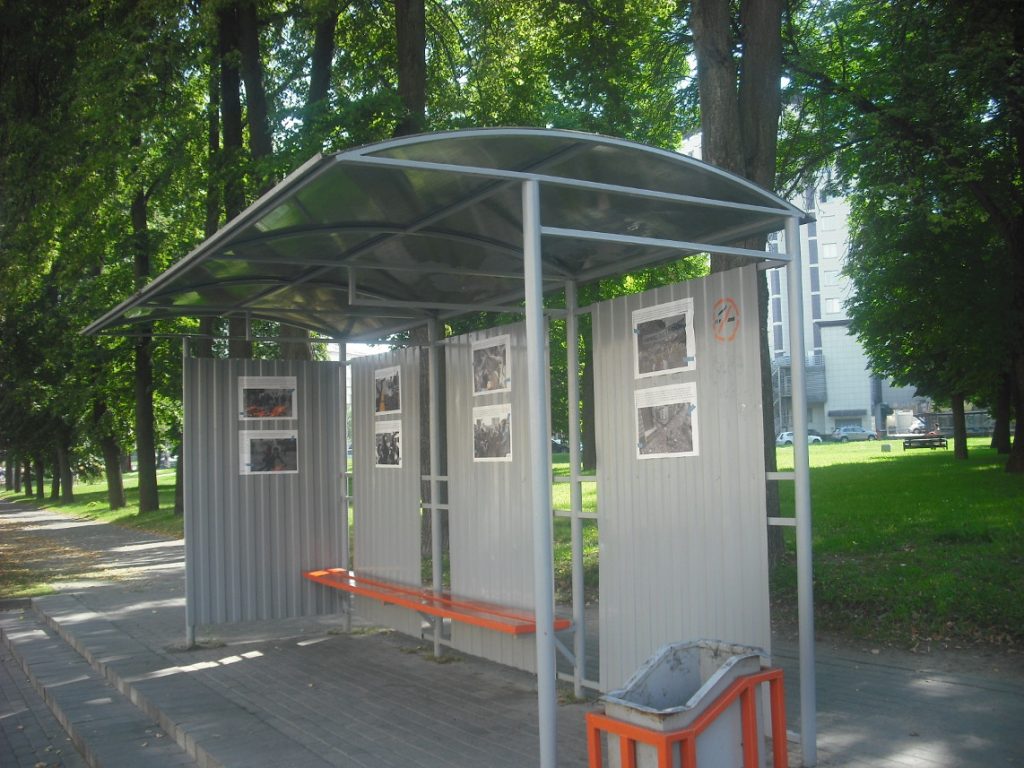 Venezuela experiences 4 months of bloody clashes of demonstrators
protesting against the regime of the left populist Maduro with the
punitive forces. Police and Chavista mobs loyal to the Socialist Party
and the successor of Chavez have murdered more that 100 people during
these months. The people continue to demand the resignation of Maduro,
taking of urgent measures to fight misery and liberation of political
prisoners.

The regimes of Venezuela and Belarus are very much alike. Like there,
here the president is doing his best to strengthen his authority and
suppress the opposition. In both countries aggressive anti-West
rhetorics is used to distract attention of the people from internal
problems. No surprise that Hugo Chavez was Lukashenko’s best friend. In
both cases the talk about ‘the damned West’ doesn’t have anything to do
with the reality – Belarusian state and Venezuelan corporations tied
with the authorities are actively trading with Europe and the USA, since
money has no smell. Here and there the state makes exploitative attempts
to ‘take care of the people’ – buying the loyalty of the population with
social pelts.

At the end of March Nikolas Maduro made another attempt to take over the
power and suppress the opposition in the face of progressing misery and
food crisis. The people answered with mass protests, powerful pushback
of the police and expropriation of supermarkets. We as anarchist always
support those who rise against injustice, political and economic
oppression and admire the morals of those who refuses to be obedient.
Today there are more and more of such people in Venezuela, especially
among the youth. These people protest not only against the left populist
Maduro, but the right-wing opposition as well, whose political
maneuvering and striving for power is on the surface. Changing of one
ruling party for the other has never brought real change to the working
class. The youth in the street starts to understand it better fighting
against the false ‘alternative’ to the socialist government of Maduro,
they self-organised in the neighborhoods for barricade fights with the
police and establishing new city infrastructure, which has decayed as a
result of the leftist rule. Our comrades, anarchists of Venezuela, are
assisting the people in the uprising by word and action.

We, anarchist of Belarus, wish the people of Venezuela success and
resilience in their fight and sincerely desire that the revolution that
is taking place in the country isn’t limited to the change of the
president only, but sprouts self-organisation, political independence
and critical attitude to all authority in Venezuelan society. For
freedom is not ‘the good government’ which is deciding what is best for
us, but the elimination of all hierarchical institutions and
substitution of them by the system of popular committees and assemblies.
We also are calling the Belarusians to take a cue of the people of
Venezuela, of their commitment and heroism in the confrontation with the
state lies and violence. And let the popular solidarity sweep away the
dictators and destroy the walls of prisons not only in the far-away
Venezuela, but in our country as well!”