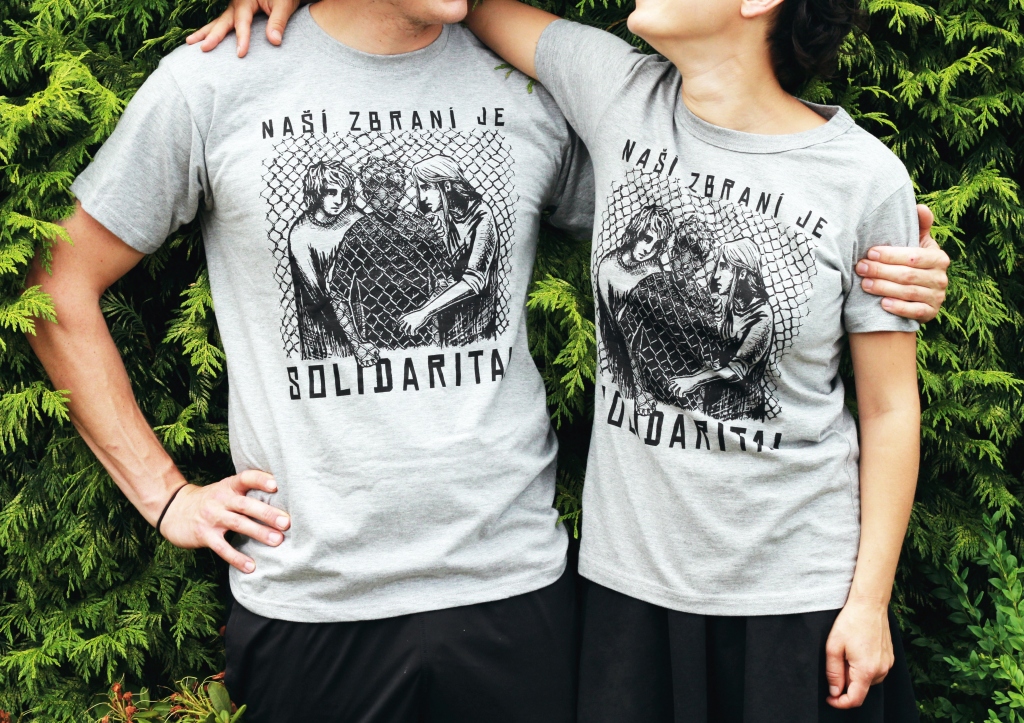 Martin Ignacak is a Czech anarchist, who remains in custody for the last 14 months, since the beginning of the Fenix operation. Some time ago the court ruled to free him before the trial, but the prosecutor appealed the decision and Martin has to stay in prison.  Therefore he has begun a hunger strike. Here is Martin’s statement.

The hunger strike is my free reaction to the circumstances that concern the approach of the police in the Fénix case.

The situation is unbearable for me due to the slander through which R. Šlachta has demagogically been ling to the Higher court. I consider it unlawful that my family is being monitored, their private lives are being interfered with, their opinion and feelings of the Fénix case are being judged. This indirectly shows that any criticism is an impulse for the monitoring of the dissenting persons and the recording of details of their private lives.

I also consider it unlawful that the privacy of my friends and their families is being violated by the police who call their employers and landlords and try to intimidate them through this tactic.

Furthermore the remand prison Praha – Pankrác is knowingly violating moral and human rights as far as nutrition is concerned, as so far they have provided me with food that is completely non-nutritive, I am not provided with vegan food. I am fully provided with food by people on the outside but is very difficult for my family and friends.

Another thing is that my detention in remand has the form of pressure detention – not just in the form of being denied vegan food but also the constant ‘security’ measures due to which visits from my counsel for defense take place through bars or plexiglass, even when I am looking through file documents. Even though a month before that the review of file documents took place without such measures.

With this protest I want to express my dissatisfaction and show that the police dishonourably goes into extremes and knowingly acts unlawfully. They give false, targeted and untrue information to keep me in custody, on the basis of mere assumptions and fabrications, this is done by police agents and investigators.

I want to emphasize that the hunger strike is not an outcome of the trial. I want to and I will defend myself in the trial and I will participate in it, as I have already stated at the City court in Prague.

I will not end the hunger strike as long as this unbearable state persists and until the immediate remedy in these respects:

As “Czech” Anarchist Black Cross and the AntiFenix Collective, we call for international solidarity actions against the repression of anarchists in the so-called Czech Republic.  This repressive wave is labeled Operation Fenix – 8 people are accused or charged, some with possible life sentences, and with many more harassed by police, interrogated, raided, devices confiscated.

Our call for international solidarity is to support all of charged and affected, but also in particular to support Martin, an anarchist who was entrapped and accused of preparation of a terrorist attack, all planned by two state infiltrators.  He has been locked away already almost 14 months in terrible conditions, and in response, he has just gone on hunger strike.  Especially in places where you have Czech embassies or consulates, you can show that borders can’t stop anarchist solidarity.