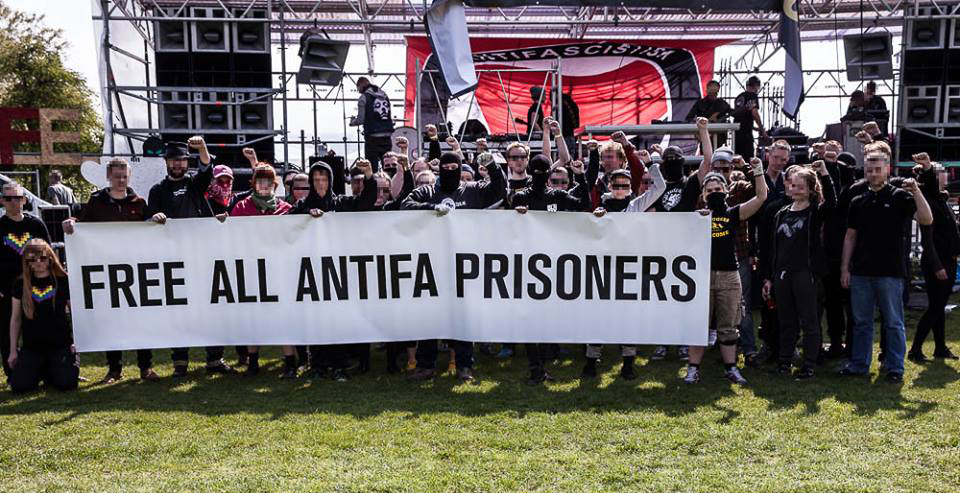 Roman Bogdan is an antifascist from Brest. Arrested on April 1, 2015 on suspicion of participation in the fight with neo-nazis that took place on May 8, 2013. On October 3, 2015 got 8 years of penal colony with reinforced regime (339.3, 147.2) and 3500 euro of damages to be paid to the injured nazis.
On December 15, 2015 a regional appellate court commuted the sentence by 2 years.
The whole amount of damages has been paid by the family of the antifascist, though later the sum was partly covered by the ABC-Belarus, local movement and a benefit concert in Warsaw. Around 1400 euros are not covered yet, and although we hate to pay anything to the neonazis, we think it’s unfair to have the family pay for the political activity of the antifascist. This responsibility should be placed on the movement and that’s why we appeal to all concerned people to help us collect the money and pay it back to Roman’s family. It is especially crucial now, because recently he has been transfered back to Brest pre-trial facility to be interrogated about another account of a group fight that happened a few years ago.