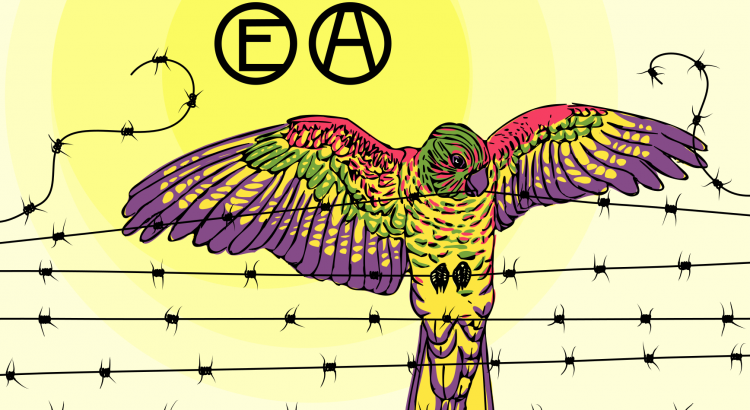 Ihar Bantser received another administrative sentence of 15 days on the 5th of September. He was detained on the 4th of August and since then served 30 days of arrest. Overall, Ihar spent 45 days in temporary detention facility this time.

Viktar “Mao” Zharkevich, a famous punk musician, was detained on the 5th of September. The video published by cops depicts him in handcuffs carrying a refrigerator door covered in anarchist stickers. He got 13 days of arrest.

The verdict of the so-called “international criminal group” case was announced on the 6th of September. Here are their sentences:

After the trial the police started detaining people who came to see the trial and support the anarchists. As a result Nasta Lojka, a human rights activist, and one more person got administrative arrests. Some time later the lawyers of the imprisoned anarchists were also detained.

Anarchist Dzmitry Dubouski was transferred to jail for criminal investigation into the anarchist case of 2010. Ihar Alinevich, Mikalai Dziadok, and Aliaksandr Frantskevich* were on trial for the same case. In 2010 the police attempted to detain Alinevich and Dubouski in Moscow, but Dubouski managed to escape. He’d been a fugitive at large for 10 years before his arrest in 2020.

Ihar Alinevich was put into a punishment cell on the 24th of September, his birthday. Ihar started a hunger strike in protest. Before that, Ihar was always against hunger strikes and never participated in one.

On the 26th of September antifascists Vadzim Rudkouski, Daniil Marchanka, and Pavel Siarhei were detained. They all were sentenced to 11 days of arrest.

You can support our comrades by writing a letter through our online form.
You can also donate for prisoner support.