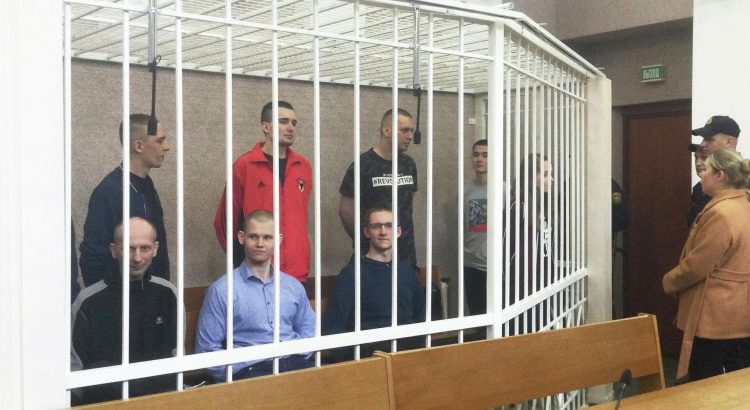 Akihiro Hanada-Gaevskiy and Alexander Franckevich* were detained during the series of arrests on August 12th 2020, Marfa Rabkova was arrested on 17th September, Andrey Chepuk on 2nd of August. Initially, they were accused of article 293 “Organization of mass public disorder”. In February 2021 they received another accusation for “Participation in criminal organization”, article 285 and that’s when the case of international criminal organization started.
In March 2021 there was a series of arrests in Brest region during which Pavel Shpetnyj, Nikita Dranets, Alexander Kozlyanko, Andrej Marach, and Aleksei Golovko were detained. They were accused of articles 285 and 342 of criminal law (the organization of activities violating public order).

ABC Belarus supports Alexander Frantskevich critically. You can read our statement on the matter here.