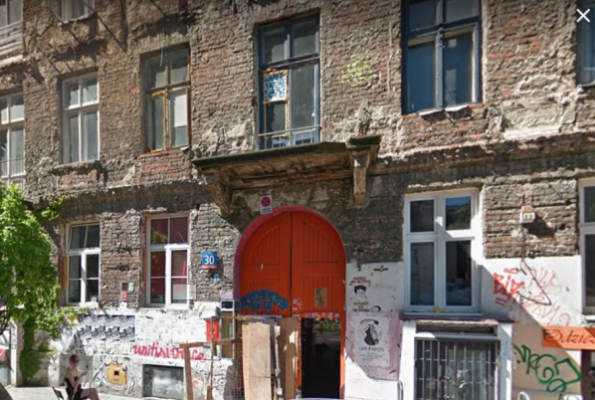 On December 5, there was a forceful seizure of Syrena squat in Warsaw, the reason for which was the attempt to move Dzmitry Z. from the squat. Z. had been living there for about five years and the long-lasting internal conflict in the squat developed into violence and threats of violence from Dima. During an extended public discussion of the incidents, a collective decision was made to evict him, of which he was informed in advance and given time to collect his things and find a new place to stay, but he refused to move out voluntarily. So he was forced out of the building, and his partner was given the opportunity to pack her things and leave when she was ready. Later, an armed crowd of people came from the neighboring Przychodnia squat and attacked the residents of Syrena, who had to leave because in fear for their health.

It is worth mentioning that Dzmitry Z. is one of the prisoners we supported at one time. In 2013, there was a group fight with right-wing activists in Brest, after which three people were convicted, including Z.. He was released in 2016 and went to Warsaw. His past, as well as the heated Belarus topic and the large number of political refugees who arrived in Poland in 2020-2021, was used to create an image around Dima as a martyr oppressed by privileged Polish activists.

As a political collective, we are aware of the responsibility that the ABC has in supporting the repressed. During his time in prison, we visited over 100 cities in Europe, spreading the word about his case, drawing attention to police brutality, distributing numerous statements calling for solidarity from the international community, and doing our best to add him to international lists of anti-fascist prisoners, so that his name would appear in the context of repression and support, among others. All of this gives any prisoner a certain reputation, and we cannot always fully vouch for the political views and methods of particular activists. Moreover, we cannot foresee how these people will behave after their release.

However, it is worth recognizing that the publicity we have created helps these people make use of the political infrastructure of the anarchist and related movements. It becomes much easier for them to migrate, to get a welcoming reception in squats, to get help from local anti-repression groups. We are not claiming that Dmitri Z. integrated only because of the ABC efforts, but one cannot deny that the support of the ABC plays a role in how repressed activists from Belarus are perceived.

We are especially angry at the fact that sometimes such “activists” come and take over local political spaces that have emerged as a result of the struggle of the local movement, which the repressed Belarusians had nothing to do with, but only use the products of this struggle and consider themselves entitled to decide their future, under the guise of their “oppression”.

There is no easy solution to this problem. We can only urge activists not to form images of harsh fighters against the system when it comes to migrants from Belarus. Any person is worthy of trust only when they get it in direct interaction with new people.

We condemn the behavior of Dima Z. and his support group.