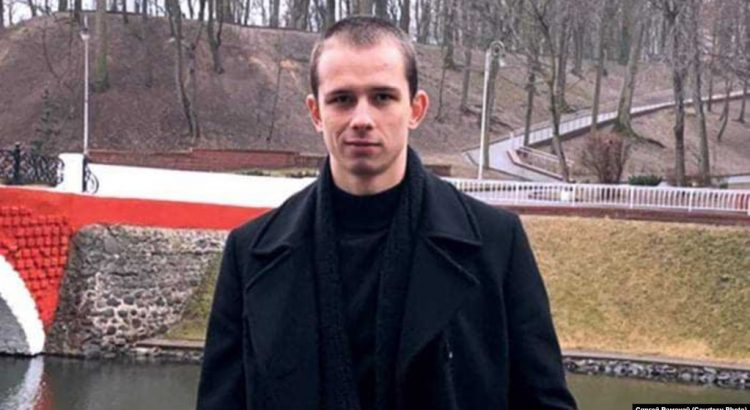 A few weeks before the trial on the case of anarcho-partisans, Gomel judge Hlyshchankov Alexei Anatolievich (https://t.me/BlackBookGomel/266) sentenced Sergei Romanov to a year in prison for violation of state supervision.

This story began after Romanov’s release in 2019: local operatives from the GUBOP actively built up administrative cases against the activist and tried to shut him down even before the 2020 elections. Due to appeals against administrative cases, they failed to do so, and in October 2020 Romanov was detained in the case of anarcho-partisans with Dmitry Rezanovich, Dmitry Dubovsky, and Igor Olinevich. According to Romanov himself, his case was handled by Yermoshkin Denis Aleksandrovich (https://t.me/karatelibelarusi/6905), a GUBOP operative.

Notably, on at least one occasion Yermoshkin used the work of his agent to lure Romanov into a cafe that sold alcohol (the anarchist was forbidden to visit establishments that sold alcohol). This was later used as evidence of a violation of the terms of supervision.

The trial itself was a formality, as usual, and the judge imposed the punishment requested by the prosecutor.

In his final statement, Sergei noted:

“All of the above I have said demonstrates the bias of the court and the administration of the colony in order to put pressure on me, discrimination for my political views, which are at odds with the official policy of the current cannibalistic state. Where human rights do not exist in reality. Where repressive agencies are allowed to falsify, beat, torture, and murder citizens without being held accountable, because, as the dictator said, “at times there may be no time for laws. This fascist practice has existed in Belarus for decades, and its time is coming to an end. The time of freedom, law, and justice will come, and this process will not be stopped.”

You can support Siarhei by sending him a letter via our online form (https://abc-belarus.org/?page_id=579) (access is limited in Belarus)