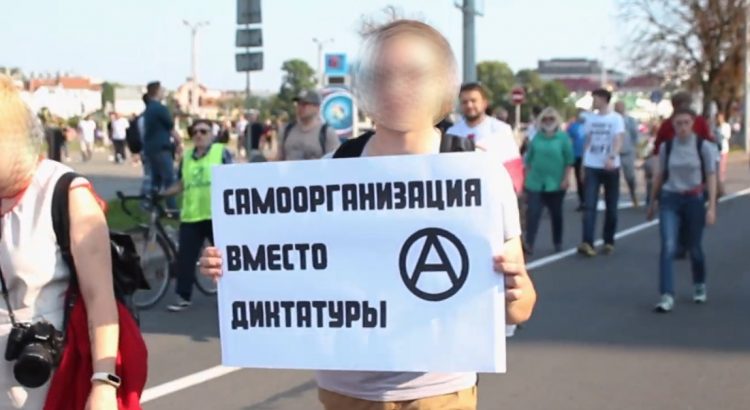 The former Soviet republic of Belarus exploded into angry protests last August in the wake of contested presidential elections resulting in a totally implausible landslide victory for long-ruling strongman Alexander Lukashenko. Police, riot squads and army troops unleashed harsh repression, using rubber bullets, flash-bang grenades and water-hoses against demonstrators who objected to the results in the capital of Minsk and other cities.

Lukashenko, in power since 1994, was challenged in the election by opposition candidate Svetlana Tikhanovskaya—a surprise replacement for her husband Sergei, a popular blogger who was arrested after attempting to launch a presidential campaign. She held large rallies in Minsk and other cities, riding a groundswell of popular discontent with Lukashenko. After the vote, Tikhanovskaya was expelled by the Belarusian KGB to Lithuania as spontaneous protests broke out. From exile, Tikhanovskaya issued a call for continued protests to force Lukashenko from power.

Since then, protests have been held every weekend. Industrial strikes spread across the country as sectors of the working class broke from the regime-controlled labor unions to organize independently. Over the past months, tens of thousands have been detained, and hundreds have been subjected to torture.

Anarchist Black Cross Belarus has been specifically monitoring repression against anarchists and anti-fascists in the ongoing protest wave. One member of the group, known as “Sonya,” spoke with Fifth Estate via email.

Fifth Estate: What has been the role of anarchists in the current protest movement?

Sonya: Anarchists have been a small but active minority. At the beginning (August 9-12), anarchists were not identifying themselves with flags or slogans. There were skirmishes with police and the army. The forces of Lukashenko’s order were extremely brutal, and it was important, in order to survive, to run fast and to look like you just went out to buy some milk and had no relation to protests.

Later, in September and October, there were anarchist flags and slogans visible at the bigger protests in Minsk, but even then a significant portion of anarchists were participating in the protests without marking themselves specifically as anarchists—again, in order to escape potential arrest.

At the same time, anarchists are very active in online agitation. Some anarchist channels on the messaging app Telegram rose to prominence, such as the one of Mikola Dziadok (FE note: see details below).

Direct action including the destruction of cops’ property became widespread last autumn, but it is hard to discern which part of it was performed by anarchists. Certainly, some anarchists were involved in some such actions. Usually, no one claims responsibility for them.

FE: What are your thoughts on Svetlana Tikhanovskaya and the opposition leadership?

S: They are politicians, like all other politicians. We do not think any of them is in principle better than Macron or Biden. Anarchists believe that the change of political regime will bring a window of opportunity to repeal the most notorious anti-labor and anti-activist legislation, and to address certain environmental and social issues. We are not for Tsikhanouskaya, we are against Lukashenko.

FE: What is the state of the struggle at this moment, and what are the odds Lukashenko will step down?

S: Right now, protests have calmed down, especially in provincial cities and towns. There are several hundred political prisoners, and this number is constantly on the rise. Trials are going on every day. Thousands of protesters, perhaps several tens of thousands, have gone abroad. But many people await a new wave of protests in the spring, since the conflict was suppressed, but not resolved in any way. Authorities offered no trade-offs at all.

Lukashenko’s regime is facing numerous economic and political challenges. Its position is shakier than at any time since the 1990s. It is unclear how and how soon the situation will resolve. Now, it is at a stalemate.

FE: How do you see the position of anarchists in a post-Lukashenko order?

S: Due to anarchist involvement in the protests, we likely will be seen by at least some part of the political spectrum as legitimate participants in political life. This will make it easier to hold political campaigns and sustain anarchist media.

FE: How many anarchist comrades have been arrested or disappeared? What do we know about their whereabouts, condition, and the charges they face?

S: All told, since the beginning of protests, nine anarchists and five anti-fascists have been arrested in Belarus on criminal charges. One more Belarusian anti-fascist was arrested in Moscow and awaits extradition on protest-related charges. Some anarchists managed to escape abroad before they could be arrested.

Fortunately, no anarchists have disappeared so far. Some were kidnapped, arrested illegally, like Mikola Dziadok, who went underground in July, and was arrested on Nov. 11. Cops tortured him all night long in order to get access to his computer, Telegram, and other channels of communication. Unfortunately, they succeeded. They only gave information about his detention to relatives and the lawyer after the tortures ended.

Anarchists organized a series of attacks on symbols of the state violence, police stations. They were caught near the Ukrainian border while trying to leave the country.

Four anti-fascists face charges of fighting with police on Sept. 23 when Minsk was loudly and massively protesting against Lukashenko’s inauguration.

Several dozen anarchists and anti-fascists went through short-term detention of several weeks long. Some, like Ivan Krasouski, are survivors of police torture and had to spend time in hospital to treat injuries after their release.

FE: What kind of solidarity do you need from activists in the United States?

S: You can do solidarity actions such as in front of Belarusian embassies and consulates, or simply at the central square of your town. Solidarity action days happen periodically. You can follow our website for calls at abc-belarus.org. You can spread the word about the Belarusian situation.

Solidarity with Belarusian refugees, including anarchists and anti-fascists, is needed, although most refugees are in Europe.

Donations to ABC Belarus are always welcome, as we face mounting costs to support prisoners and their families.

Probably, the best support is inspiration. A popular insurrection in the States would be quite helpful in this sense!

by Bill Weinberg for Fifth Estate