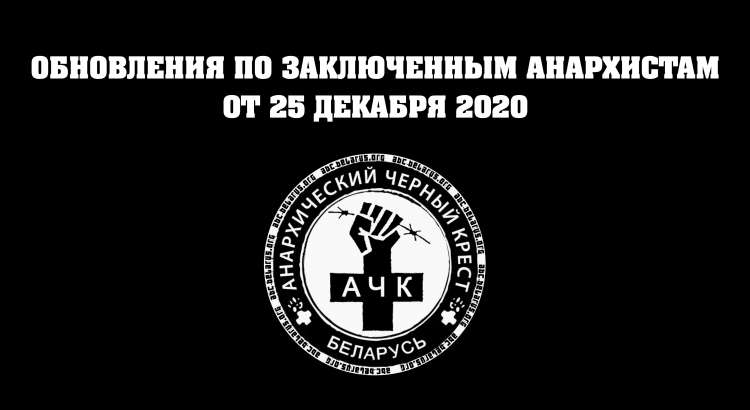 From last week the anarchists from the Partisans’ case have not been allowed to have their lawyers in the KGB detention center, citing the recently introduced quarantine. The prisoners themselves only receive correspondence from relatives and very rarely from comrades/friends.

Relatives report that with the introduction of quarantine, the Chekists only accept food in the detention center, and refuse to take warm clothes and hygiene products.

It is unclear how long the quarantine will last. At Okrestina, for example, the coronavirus was used by the regime to close the detention center for lawyers and restrict the admission of parcels. Such a regime has been in place there for more than 3 months.

We believe that quarantine in a political prison, which is, in fact, a KGB detention center is, is an attempt to put additional pressure on all prisoners and further isolate them from the outside world.

More than a week ago, anarchist Igor Banzer was transferred from Grodno to Novinki psychiatry center for examination. The official reason for such a crackdown was Igor’s refusal to communicate with the prison psychiatrist without a lawyer.

As it became known, Dedok continues to be under pressure. He is now under quarantine until December 27. Contacts with his lawyer during this period are prohibited. A few days ago it was reported that Dedko was in mortal danger in the detention center in Volodarka.

If you have any updates or information on other repressed anarchists and antifascists, email us at belarus_abc@riseup.net