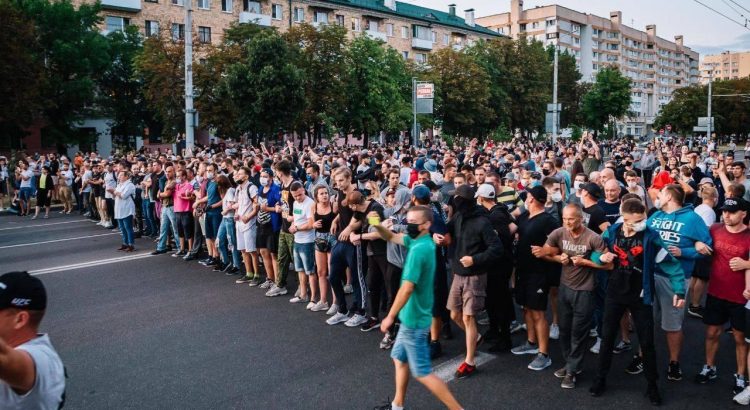 For over three months, people in Belarus have been fighting against the authoritarian regime.

In 26 years, dictator Lukashenko has built a system aimed at suppressing any political life. The coronavirus and a number of economic problems have greatly changed what is happening in the country. In a few months, Belarusians have learned to self-organize. The presidential elections provoked a wave of the largest protest in the country’s history! But the tyrant does not want to give up his throne. At least 5 people were killed (some died under strange circumstances). Thousands of people were beaten and disabled by the violence of the police. More than 15 thousand have been detained and sentenced on administrative cases. More than 500 criminal cases have been initiated. At least 200 people are awaiting trial in the pre-trial detention center (including at least four anarchists and four anti-fascists).

Since the first days of the uprising, anarchists have been actively participating in street demonstrations and various initiatives in their places of residence. Activists are agitating for self-organization and decentralized protest. Some organized a partisan group. The determination and persistency of anarchist movement of the country has made us one of the most organized political forces in the fight against the dictatorship.

But the anarchists are not ignored by repressive structures as well. Because of the problems, some of our comrades were forced to go underground and quit their jobs. Left without the means to exist and their place of residence, they now live solely on the solidarity of their comrades! With resources scarse we are forced to callour comrades and friends outside of the country for the support. The money for many things are quite urgent and we would appreciate every contribution from small to big!

For today, constant help is needed with:

We call on comrades around the world to show solidarity with the anarchist movement of Belarus. Through the support of this campaign, you will back not only the anarchists, but also the desire of the Belarusian people to free themselves from dictatorship!

Tell your friends and comrades about the campaign and only with your help we will be able to make our way through the darkest time of night towards dawn!