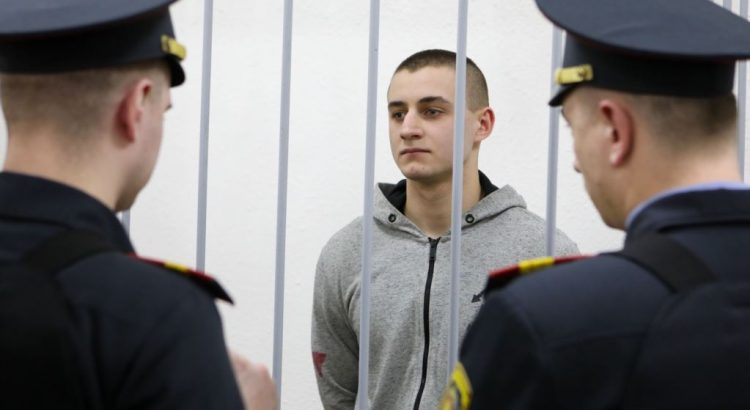 On February 12, 2020 Mikita Jemialjanau and Ivan Komar were found guilty and sentenced to 7 years of prison each.

On March 27, 2020, the appellate court commuted the sentence of Mikita Jemialjanau to 4 years, that of Ivan Komar – to 3.5 years of imprisonment.

Ivan Komar bears false witness against Jemialjanau, so ABC-Belarus does not support him. Komar was amnestied in January 2022.

On 11 March 2022, Mikita was sentenced to 2 more years in prison for gross violation of prison rules.