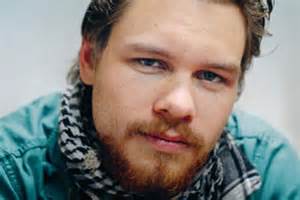 Jock Palfreeman is a 23 year old Australian who had the courage to stand up against 16 Nazis on a night out in Sofia, Bulgaria. He witnessed the fascists chasing and attacking two young Roma boys. Jock ran to the boys’ aid, he did his best to keep the Nazis at bay by waving a knife at them but they attacked him. Jock was left with nowhere to run and had no choice but to defend himself. Andrey Monov, one of the Nazis, was stabbed and killed and another, Antoan Zahariev was injured. The Roma boys ran away.

Jock has since been tried and sentenced for murder and attempted murder. He has been sentenced to 20 years imprisonment and has been fined 375,000 Australian dollars.
www.freejock.com