Minsk, the capital of Belarus, holds the Hockey World Championship from Friday, May 9 to Sunday, May 25, 2014. As every act of top sports business, it carries more or less bullying of the locals (in case of Belarus, it is, of course, rather more). Moreover, this particular championship is a mockery to the subjects of the world power elite that had long rhetorical objections against the Belarusian regime, but did not prevent the Championship.

These are the two main reasons why we boycott the Belarusian championship.
Firstly, we are principally against a police threats to potential opponents of Lukashenko’s hockey circus, which, as always, had the biggest impact on our anarchist comrades. Belorussian Anarchist Black Cross has been gathering information for weeks about police interventions against the anarchists, who must endure interrogations at home and police stations, whose parents are urged to give phone numbers of their children to the police, or they will be summoned for questioning… The number of such bullied people has already exceeded one hundred. For example, the anarchist Aleksander Franckevich was exemplary sentenced to 25 days of isolation under the pretext of violation of paragraph of “bitching in public.” Anastasia Kukhta was sentenced to 17 days of isolation and Aleksander Orlov to 20 days, just a day before the start of championship in Minsk. They were caught on the street by unknown people in civil clothes, pushed into a car and taken away the day before the sentencing. There is no need to talk about the fact that Minsk will now be swarming with hundreds of police officers in uniform or civil clothes. It obviously has to be the promised reward to Belarusian fans, which was mentioned by the Swiss boss of the International Ice Hockey Federation IIHF, when he justified the pros of organizing the championship in Minsk.

Secondly, let us remind that since the year 2009, when IIHF agreed to organize world championship 2014 in Belarus, corporate media have constantly reminded the fact that the Western states and the U.S., as a moral authorities, have called for a boycott or relocation of the championship, because to accept the Lukashenko regime in this way is immoral. At least since the end of 2010 (when there were held mass protests during Belarusian presidential elections) with growing numbers of specific evidences of Lukashenko repression of any opposition, the western leaders were more often forced to proclaim their outrage of human rights violations in “the last European totalitarian state.” They should supposedly draw consequences such as economic embargo, removal of organization of the championship, etc. However, almost nothing happened in reality, and the ridiculousness and absurdity of mass media phrases about the totalitarian state and the last dictator in Europe, that mechanically surrounds the practical information about the start and progress of Lukashenko’s championship, is really blatant. Moreover, talkative flexible advocates of the realpolitik, who are always closer to any profit than attitude, are helping themselves by quoting Hockey Federation president Fasel, that “sport cannot and should not be an instrument of politics,” in argumentation, which is provided by megaphones of corporate media as a basic replica to repeat during the insider pub debates.

So, sport is not an instrument of politics? Sure, it’s more about tickets, sponsorship, media revenue, merchandising, betting agencies… Professional sport is simply “just” a means of advertising, tourist and other business; corruption at high and medium level of business trafficking headed by concrete lobby; propagation of all-saving consumerism; gaining favour of obedient and forlorn herd-audience.

In the words of George Orwell, it is “war without firing.” The war for money, for power, for dead and living souls that is wrapped into platitudes about fairness and rules. So it is only a modest imitation of what is called the politics.

The championship, directed by Lukashenko with silent nodding of western political and pseudo moral authorities, is also the sarcastic culmination of a hypocritical sports series, which kicked off the Chinese Olympics and was followed by the one in Russia. Similar sports gigantic events are legitimization of repressive regimes and particularly big business, all at the expense of ordinary people and their rights.

Our idea of sport is different! 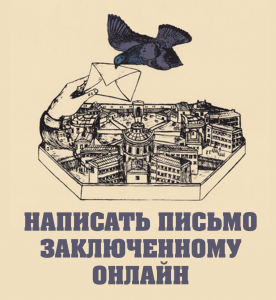