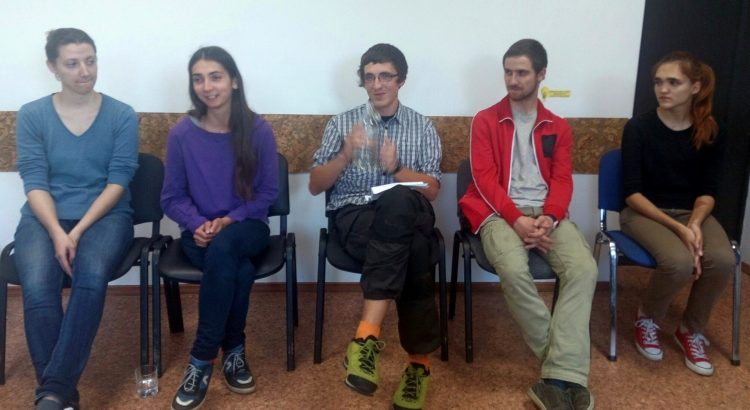 We were covering the situation in Belarus in March this year during the big protests that were happening here against the policy of the state that was forcing people to pay a fine for being unemployed for longer than six months in a year. For now the protests are over, however pressure from the government on those who were participating in the events of last spring didn’t stop.

We met activists from the Belarusian anarchist and ecological movement that had to move twice in the last 6 months due to constant pressure from the police on the owners of the house. The scenario repeats itself every time. In spring, police were raiding flats and houses of the activists that were already in prison and confiscating things that nobody had a track of. Later most of the belongings were returned, but some activists had to move out of the rented flats and houses – owners of property didn’t want to have trouble with the police and KGB.

Last Tuesday some anarchists and ecological activists were raided again, after a break of six months. This time the police have raided several houses and one flat breaking in around 7a.m. Some activists were beaten up, electronical devices and all the money that was in the house were confiscated. As usual, Belarusian police didn’t provide any explanation for the raids and was shortly talking about some criminal attack on a billboard advertising the police, that happened in summer this year. As a result of the raids, at least one owner was pressed to kick out anarchists from the house that they had moved in only a couple of weeks ago, putting them in a situation of searching for another home. On top of that, as all the money was confiscated, people were left destitute, with unclear situation when and if the money will be returned.

It is becoming clear that the police is using this constant pressure, first of all, to make lives of people unbearable to the extent that people give up their political work. Another aim of those raids is humiliation and psychological attacks – one of the raids this time lasted for more than eleven hours in a row without any breaks. It seems that Belarusian police is actively using raids not for finding evidence (people were raided 6 months ago, their things were returned and exactly the same things were confiscated again), but rather for terrorizing local anarchists with shotguns and special task forces. Some activists believe that this raid-eviction scenario may continue in the next months and years and in their opinion, only solidarity of anarchists in the country can help to go trough these hard times.

To support our comrades and pass them money for daily living, new laptops and legal costs you can donate to ABC-Belarus with the note “Belarus September Raid”. Donation possibilities are available here: https://abc-belarus.org/?page_id=3670&lang=en